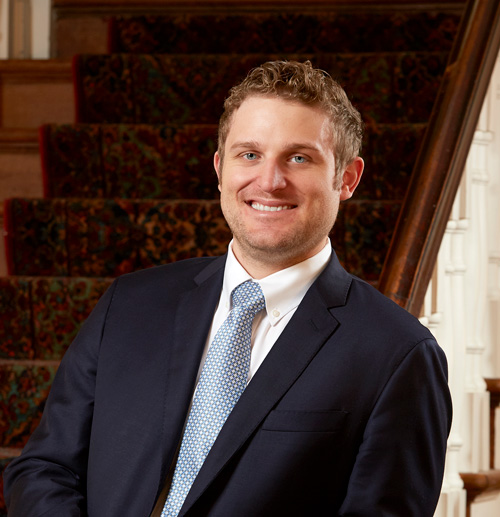 For Jacob von Plonski, earning his law degree was the chance to formally fulfill a lifelong passion to fight for plaintiffs who have been injured or wronged throughout the United States. He has dedicated his entire career to working on behalf of clients – both in and outside the courtroom – who have been harmed in automobile accidents, oil and gas injuries, commercial trucking, and agricultural accidents, among others.

Born and raised in Texas, von Plonski comes from a long line of oil and gas workers, including engineers, project managers, and roughnecks. He feels a responsibility to protect and defend these workers and the other men and women in East Texas and beyond who work hard each day to provide for their families. von Plonski married his wife Olivia, “a local Dallas girl” in 2016, and they have a young son, Luca Lawrence von Plonski.

von Plonski has already garnered numerous awards and recognitions in his thriving career, marking a path of continued success and future victories for his clients. He was awarded “Heart of the South Texas Advocate” award in recognition for years of hard work and immense commitment that exemplifies the ideals of the South Texas Advocacy Program, where he served as Director on the Board of Advocates from 2013-2015 and coordinated, trained, and served on the South Texas mock and moot trial teams.